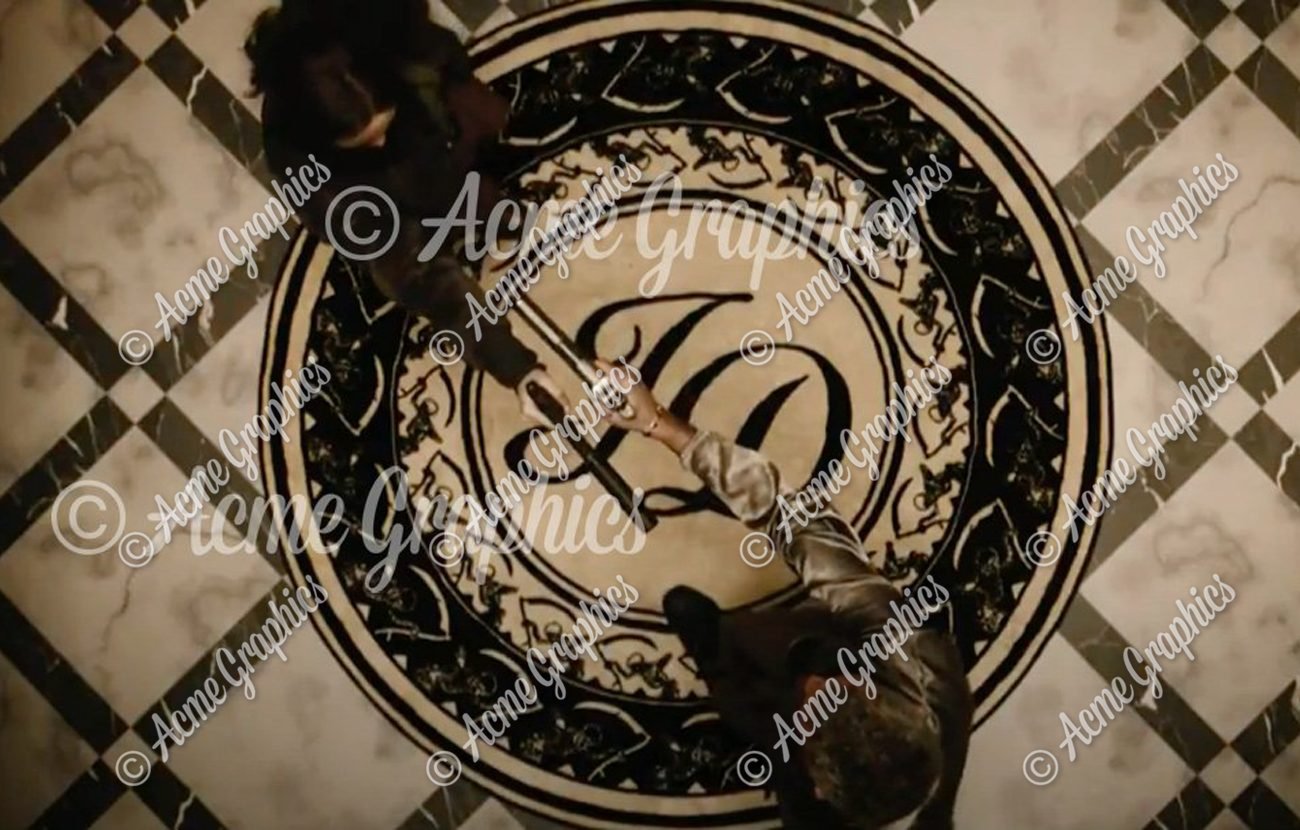 Last year we were asked to design a hero rug for the ‘Grim Reaper’ character in ‘Two Weeks to Live’. The production currently broadcast on Sky and Now TV features Game of Thrones star Maisie Williams as a young woman out for revenge. The rug and logo were to dress the gangland boss who’s nickname the ‘Grim Reaper’ dictated the content of the design. 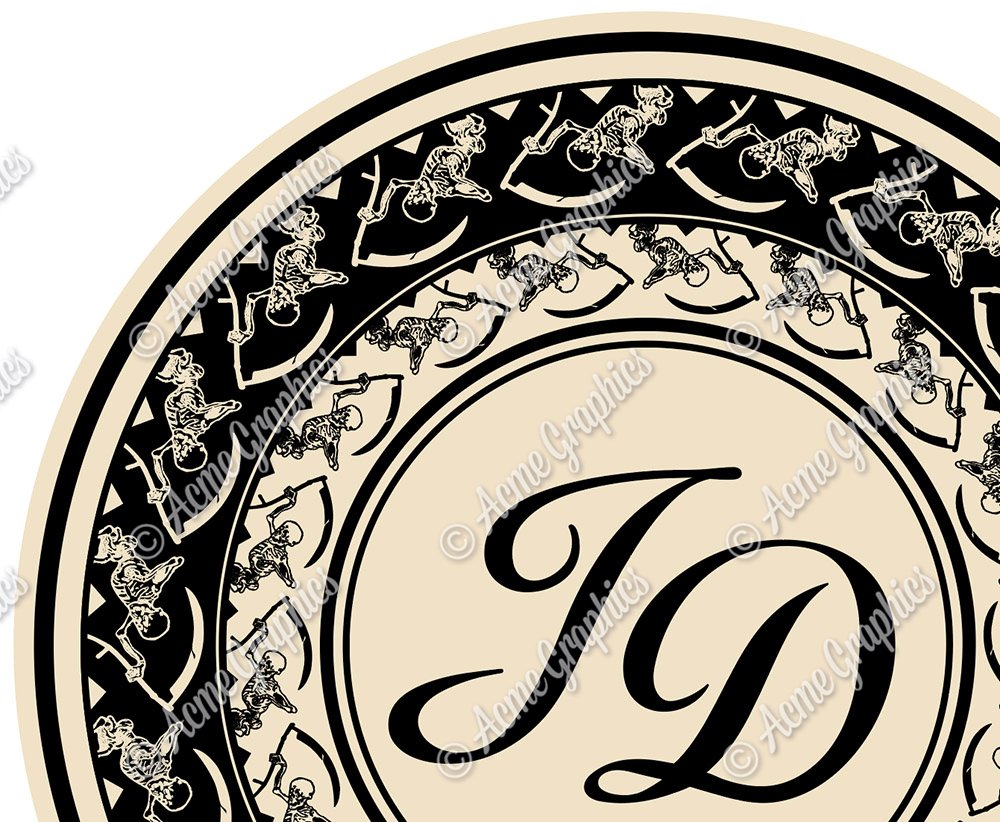 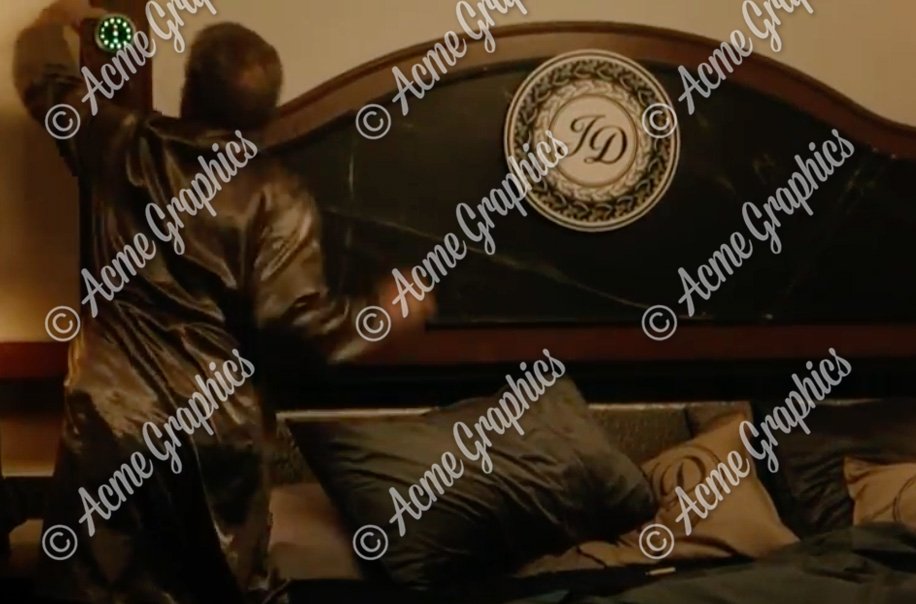 The artwork pattern is made from grim reaper skeletons carrying scythes which is not immediately apparent on first viewing. The design also appears as a logo printed on cushions and other incidental places like the weapons box hidden in the character’s bed head. Acme have designed many bespoke rugs and carpets for sets and locations, recently for the forthcoming Bridgeton series which we designed around 20 period rugs and runners for the sets. 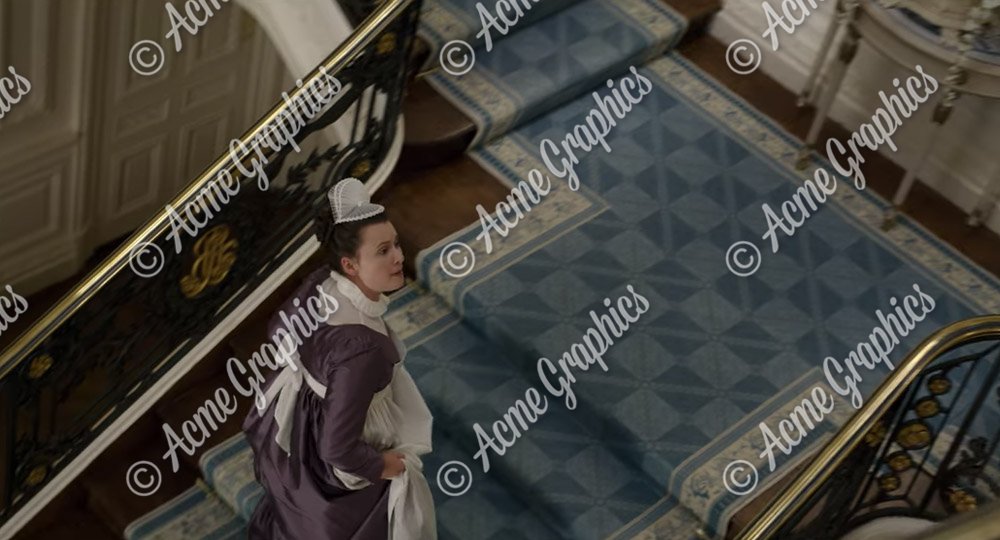