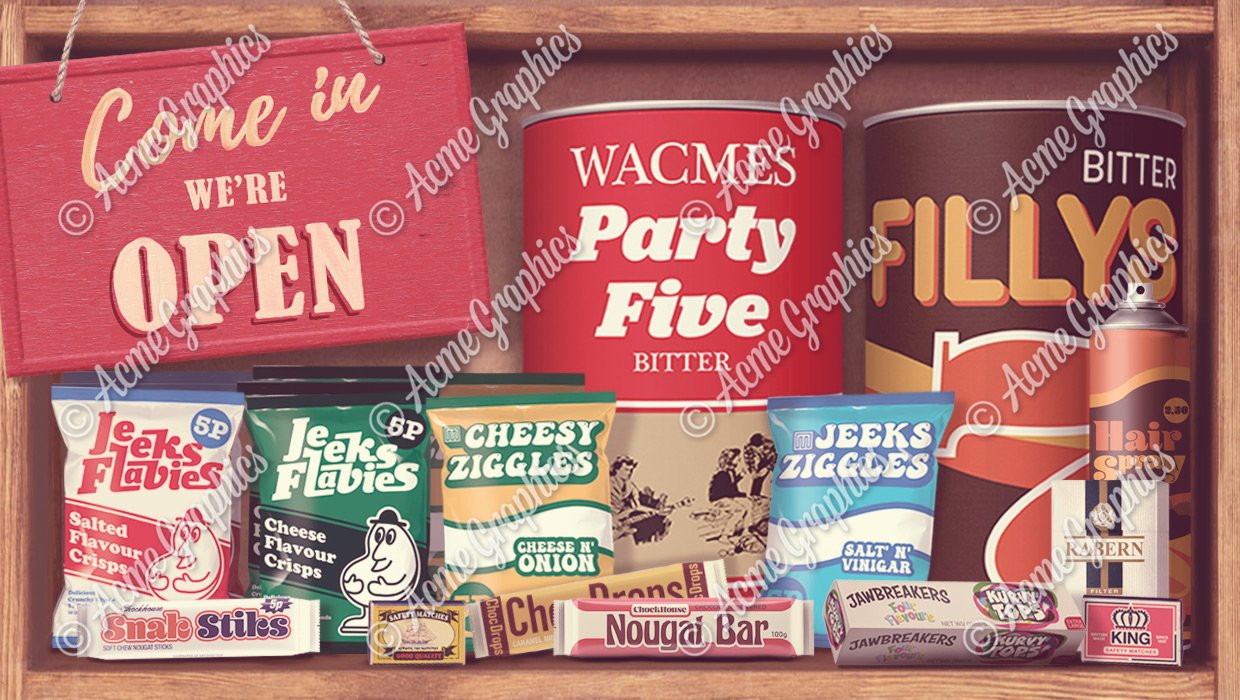 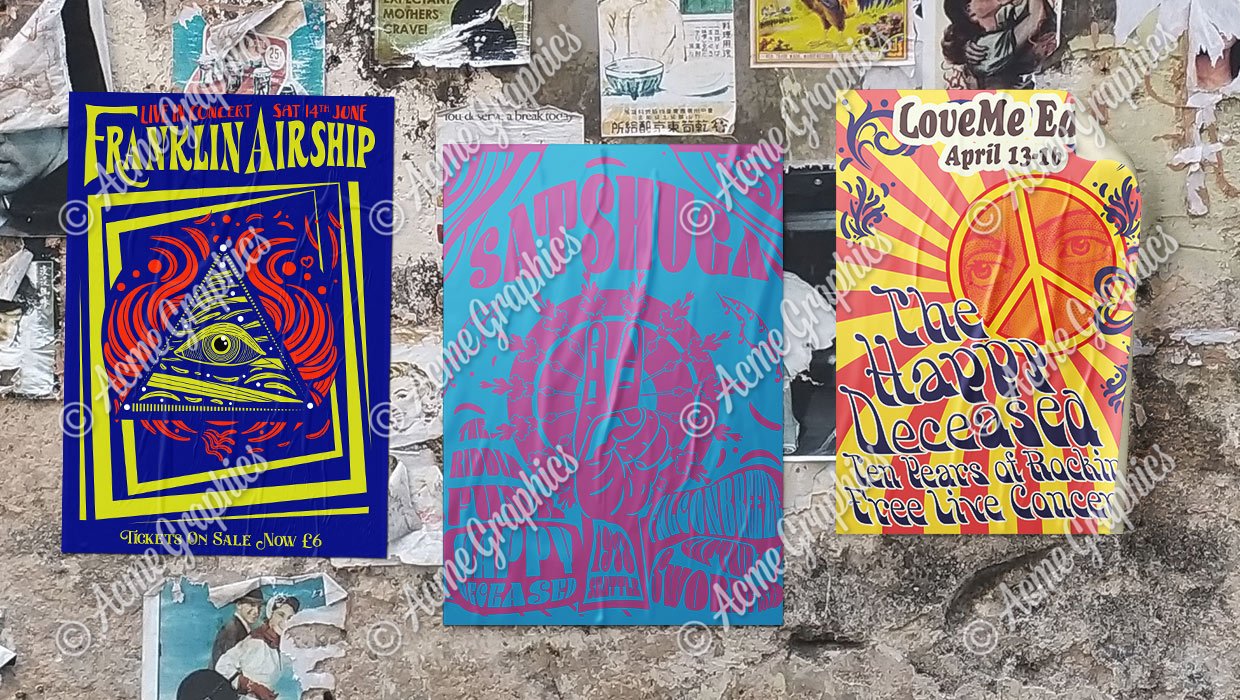 Graphic design in the 1970s focused on bright and clashing colours with balloon-like letterforms, which resulted in a lot of fun and visually interesting work. It was a decade that covered a lot of ground culturally, socially, and was driven by the fast evolution in popular music which heavily influenced all design, especially graphics.

The decade kicked off with psychedelic rock, then disco ruled before punk exploded then evolved into indie, and disco evolved into hip-hop, rap and eventually house, garage and the rave scene. Each movement left its imprint on the decade’s iconic but diverse graphic design styles. We have created a set of graphic props from the 1970s for you to choose from, to dress period sets and locations, or for a hero featured period prop.